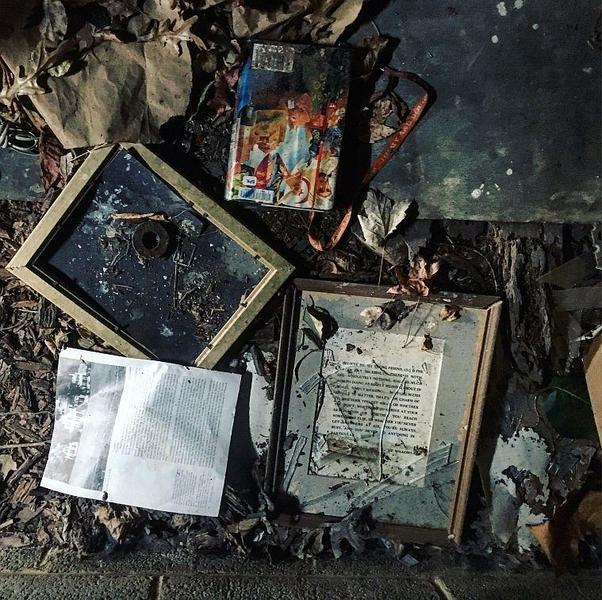 Dumping the memories that haunt you is possible and you can move on. The simple steps that I outline here will help do that. If you were in a committed relationship based on a mutual love and affection, emotional, mental and spiritual understanding as well as physical attraction then these steps will help. They won’t just help they will work.

Are you really ready…

First ask yourself – and answer honestly! – Are you really ready to dump the memory of your ex and move on? if you think there is the remote possibility that you could get back together again and that is what you want, be honest(!), then do not under any circumstances attempt this exercise. When it works, it works. From then on you will view your ex in a different light. There’s no going back. If he or she wanted to get back together, you would find it difficult if not impossible. You will not end up hating your ex, far from it – that is most definitely not the object – but you will see him/her very differently. You might even wonder how it was that you ever came to be together in the first place!

You will need to devote some time to being alone to do this. In guiding someone through this exercise I have never known it take much more than a few minutes but I suggest you allow yourself about forty minutes to an hour. Read through all the steps and gather or prepare the pieces required for Steps One to Five before starting the exercise.

Here’s what you will need for Steps One to Step Five.

For Step One, find a photo of you and your ex in the good times when all was well and you were in love. If it’s only on the computer or your ‘iPod/iPhone’ (what is it still doing there anyway?!), then print it out. If you don’t have one or you can’t print then create what I call a ‘scripted pic’. Here’s how you do that: Rip a page from a small notebook or cut a piece of paper about the size of a photo print. Either from the actual pic or with a positive memory in mind, write a few notes on the piece of paper that capture that positive moment for you. That’s your ‘scripted pic’.

For Steps Two to Five you will need to make ‘scripted pics’ of negative feelings and events. I have suggested an annoying habit or mannerism, an embarrassment, a really upsetting moment and something downright hurtful to you. These are only suggestions, they can be any events. What is important is that you create four scripted pics of negative events or experiences that were repugnant to you and / or left you feeling decidedly hurt at the time. Each of these should now stir strong negative feelings in you.

Step One. Take the first, the positive picture, either real or scripted, of you and your ex when you were in love. Run through the script and notice how looking at affects you. Now put the picture and feelings to one side.

Step Two. Take the first negative scripted pic of an annoying habit, affectation or gesture that your ex has. Run that through you mind as if it were real now and you are actually feeling that irritation.

Step Three. Take the second negative scripted pic of the time you felt uncomfortable with your ex, when you felt embarrassed. Run that through you mind as if it were real now and you are actually feeling that embarrassment over again.

Step Four. Take the third negative scripted pic of the time you felt really upset by your ex. Run that through you mind as if it were real now and you can actually feeling that upset starting up again.

Step Five. Take the fourth negative scripted pic of the time you felt severely hurt and offended by your ex. Run that through you mind as if it were real now and you are actually feeling that hurt over again.

Step Six. Run through each of those negative pictures in turn reliving each and every moment. Take time doing this. Add to the detail. Turn the sound up. Make the colors brighter. Feel what you felt then. Do it again, a tad faster. Add more details, more color, more sound. Allow the feelings to become more intense. And again, faster still. Allow the images to merge. Keep running this sequence until you are experiencing a singular strong negative feeling. Run through it again in order to reinforce the negative feeling until you are feeling intense negativity throughout your entire body.

Step Seven. Now bring in the first picture alongside the others and continue to run the negative pictures through your mind. By now you should feel very differently about the first picture. Once you are satisfied that the negative feelings are dominant in your mind and that the first picture is no longer attractive to you then move away from where you are, take a step back – it helps to do this literally – and allow all the pictures and feeling to do with your ex, to simply float away and into your past. Now throw all the pictures away – and delete that one from your iPod/iPhone if you haven’t already!

Most people find that doing the Seven Simple Steps once is sufficient. If you wish you can easily and safely take yourself through it again in order to reinforce it.

And keep this on file until the next time… Just a thought!

Let’s Talk About You

Tell me, what is the single most important thing that you feel is holding you back, that you would like to overcome?

Chris is an empathetic listener with an intuitive ability to pinpoint and understand the problem and therefore provide simple, practical and actionable counsel.

The simplicity of Chris's info makes it almost impossible to put it aside and ignore. It's fast to get through in both theory and practical.
It's just plain good, very good.